Madly, Crazy, Helplessly in search I. 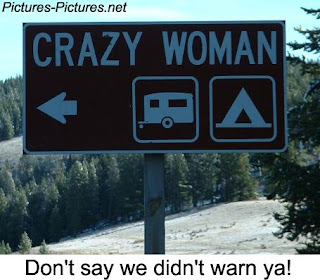 Its been months since I've had any romantic activity which explains the long abscence of posts, partly I've been busy; glad to report that career front is doing good what with potential employers responding to my resume with words such as "impressive" and me phone buzzing incessantly with strange callers and emails inviting me for interviews or seeking more details about my experience. Largely however, I have been pretending not to look for love in the hope that it finds me instead :-D. So between lots of travelling on the job, our overall boss being fired for embezzlement and trying to fix my hair I have had interesting parties (most memorable- Vicars and Tarts), met interesting people and had several backfired attempts at romance.


On my way to make bookings for a training we had I bumped into a guy on the parking lot of the hotel who warmly said hello and got my attention. Not wanting to chance losing a possible love of my life I hunt him down through contacts and 2 months later, voila! As fate would have it Jon the banker and I had a major fall out on the very day we meet (something to do with me being overexcitedly crazy and him wondering who sent this lunatic my way) I am not sure I will ever be able to use over the counter services at the bank ever, forever condemned to ATMs.

In part the Vicars and Tarts cocktail is still fresh in my mind because a certain Mr. Leonardo intrigued me soooo much I had to lie about myself, well at first it went well as it made for good conversation and being a costume party you would get away with lots of white lies. HECK he was a presbyterian and I a whore (!), I obviously didn't get the cue to drop the fantasy-living when we started discussing our interests and began showing our motorbike survival scars. I never had a fatal motorbike accident until that night :-D oh and I had a deathly scar to show for it, oops! is that the scar I got from a twig scratch when I was ten playing hide and seek? My bad. As you may have guessed the lies didn't last long enough to have phone numbers exchanged and if they did I doubt he'd call. Fair enough!

After recovering from the humiliating banker-moments and the presbyterian cock-up I vow never to make the first move, I'll leave the hunting to men as nature intended, sit pretty and play easy prey :-)


I have to admit, being hunted is such a sweet (victorious even) feeling ...only when the hunter is something you'd be remotely interested in. I can't believe I drove 20 minutes in the middle of the night risking it all to meet a Rick-Ross look a like, Gawd! what was I thinking?!It however wasn't a total loss as I ended up liking his friend more and driving back that night I was glad Antonio went into all the trouble to find my number and win himself a mid-night date, thats how I want to be hunted :-)
Posted by soumei at 6:02 PM