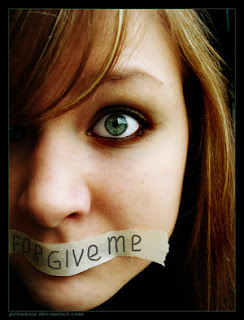 Forgive me reader for I have sinned, I have hidden an important element from you for quite some time now and if I don’t confess, it will kill me. Why did I hide it? Because I thought it was special, but then again some special seeming things turn out to be fiendishly attractive, special complications.

Sooo Leonardo and I met… not once, not twice but thrice since the last time I talked about him. Before you rush me to the gallows, let me explain: we didn’t plan it, the universe did HA! You know me, I go with the flow, I don’t plan a thing, I hardly think with my head; my notorious heart decides and does on my behalf, I could be in bed one minute and my heart would be in Lokichogio falling in-love fast with a stranger.

No, Leonardo is not in Loki and the reason I haven’t updated my blog is not because I have been busy moving to Loki. But so what if I moved? Ok, ok I hear you, enough beating around the bush:

I bumped into the guy at Sherlock’s Den -Nanyuki Mall.

2. He has a girlfriend

3. We had a series of unusually stimulating gazes and there was a lot of unnecessary touching with our hands (ON the table where everyone could see them.)

4. There were a lot of laughs as the drinks kept coming.

5. We were TIPSY (Totally Inebriated Plus Seriously in Yen) albeit sufficiently sober to keep our lips off each other. Whether we were trying to fool the curious onlookers or we were genuinely fighting temptation is however unclear.

6. We were waiting for our guys to arrive; his girlfriend (funny he didn’t feel the need to brag about her) and my golfer/ photographer well-behaved friend and mentor who has wanted to chips-funga me since Red cross-Meru back in 2009.

7. We discussed motorbikes (as expected) and I was mortified for the lies I had told at our first meeting… Yep I confessed, why? Because I’m not a –good- liar and I thought this would be special, who isn’t attracted to an honest gorgeous lass. Did I mention we have trust issues? I am mentioning now, serious ones.

8. He gave me his number this time (and I had nothing to do with it-a block of TRUST built right there.)

9. He never called… or maybe he did, but it never went through because I don’t live in Loki and Loki has fickle signal. (This is what I like to think. Why? Because I sorta want to believe there is something here.)

Things stayed that way and I gave up on us, completely forgot the jamaa and even dated other people. Months later…

To be continued in Part II of this series.